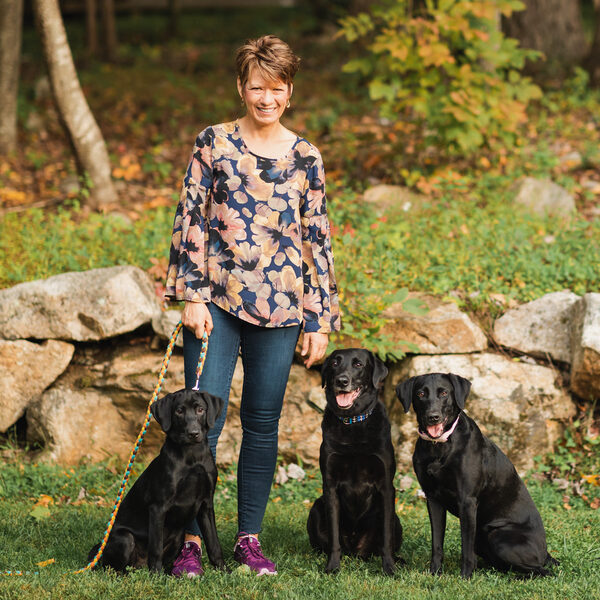 I can’t imagine a life without dogs. I work with them, training them is my hobby, I live with them, they go almost everywhere with me. They make me laugh, comfort me, guard my house, are loyal, pure hearts… I’ve been an animal lover since childhood, choosing my stuffed animals over dolls. I didn’t grow up with pets, but that didn’t stop me. I started with horses, riding my bike to the stable every day after school. Trail riding, jumping, dressage, cleaning stalls, brushing and bathing the horses. Years later, recreational cycling led to racing mountain bikes and road bikes on a professional level. During this time, I was living on my own and realized a life-long dream… I got my first dog! Teejay was a happy-go-lucky, black Labrador Retriever. He went everywhere with me. He slept on my bed, rode in the car, attended bike races, shared my snacks (and stole quite a number of them), hiked with me, went swimming and became my best friend. After a few years, it was time for a second dog. This time, it was a yellow Labrador named Duncan. When Duncan was young, I had to retire from racing due to health issues. I now had tons of free time. I wanted to spend more time with my dogs, so I looked into dog activities. TeeJay and Duncan became certified therapy dogs. We worked with children and adults with special needs, children with cancer and families of 9/11 victims and first responders. I also discovered dog sports. Field Training, Agility, Obedience, Nosework, Dock Diving. Dog training is an exciting challenge that continues to teach me how to speak dog and creates incredible bonds with my dogs.

When I had the opportunity to start a canine rehabilitation business, I jumped at the chance. It’s been a dream job!! I get to utilize my skills as a human Physical Therapist to help dogs regain mobility and to improve their quality of life. I love the challenges of running my own business. A year ago, I expanded my business by adding a boarding kennel. I was already offering online classes for canine conditioning and competitive obedience training. I also started teaching webinars for obedience training and created a membership-based training website. It’s ONLY because I have the most amazing employees and friends that this is all coming to fruition!! I could never have accomplished it without them.

I believe very strongly in the power of the mind and positive thinking. I wasn’t always that way and certainly wasn’t raised that way. But through daily mindfulness practice, I’ve been able to make huge changes in my life. As a single businesswoman with many interests, I lead a busy, often hectic life. I make a conscious effort to also lead a healthy, balanced and holistic lifestyle. Exercising, meditation, essential oils, reiki, healthy eating and yes, I do enjoy a glass of wine.

Dogs are my best friends. They keep me company, protect me, travel with me, go to work with me. They are affectionate, make me laugh, have taken me all around the country, have brought amazing people into my life and are always teaching me new lessons. I am grateful and blessed to be able to combine all things dog into Petra’s Dog Resource Center.

Petra graduated from UMDNJ School of Health-Related Professions with a degree in physical therapy and has experience working with an extremely varied caseload including pediatric through geriatric clients with a vast range of diagnoses. Her areas of expertise include in-patient rehabilitation, orthopedics and neurology. Petra attended the Canine Rehabilitation Institute in 2007 and graduated as a certified Canine Rehabilitation Therapist. Petra is fully certified in Canine Acupressure and is a Reiki Level 2 Practitioner.

Petra’s black Labrador Retriever, Tyler, was the 2008 and 2009 National Obedience Champion and First Runner Up in 2010. In 2012, Petra and Tyler became the first and only American team to win the Obedience World Cup (they placed second in 2010). Petra’s dogs have earned titles in hunt tests, field trials, agility, and nosework. Zaidan competed at the Masters level in agility but is now retired.

Zayna is Petra’s first girl and they are having a blast. Zayna is opinionated, sassy, independent, and often naughty.  Never a day goes by that she doesn’t make Petra laugh. Zayna won the Novice Class in the AKC Obedience Classic in 2019.  She also competed in her first ever Regional (and it was the first time she competed for  three consecutive days) and placed Second (behind her brother, Zeal). Zayna is hitting her stride and bringing her attitude and joy to the ring with her. Zayna has earned her OTCH and recently received her first invite to the National Obedience Championship

Last but not least, there’s Zesty.  He is the newest addition to the family.  Pzest is 5 months old and has already had many puppy adventures. He’s been to a variety of stores like Tractor Supply, Lowes, etc. He’s been to a number of trials and stayed in multiple hotels.  He’s been hiking and made lots of doggie friends at work. Zest is also training for obedience… He says he wants to be just like his siblings when he grows up! Zesty is sweet and loving…when he’s not raising Cain!  But that’s what puppies are all about.  Zesty has already starred in a number of Petra’s webinars and workshops.

Petra has written several articles on canine conditioning, canine injury prevention, competing with your dog and more. She has been published in a number of magazines including Clean Run, Front and Finish, and Whole Dog Journal. Petra currently offers webinars and online classes for canine conditioning and competition obedience training.

Petra is also an instructor for the Fenzi Dog Sports Academy. She teaches six-week online classes, week-long workshops and presents webinars on a variety of topics. Petra has also recently started a Facebook group, Petra’s Empowerment Group,  to create a safe community that provides encouragement, support and inspiration for people committed to changing their life. Action is the catalyst. The group shares strategies, techniques, and ideas that you can implement to empower your life. 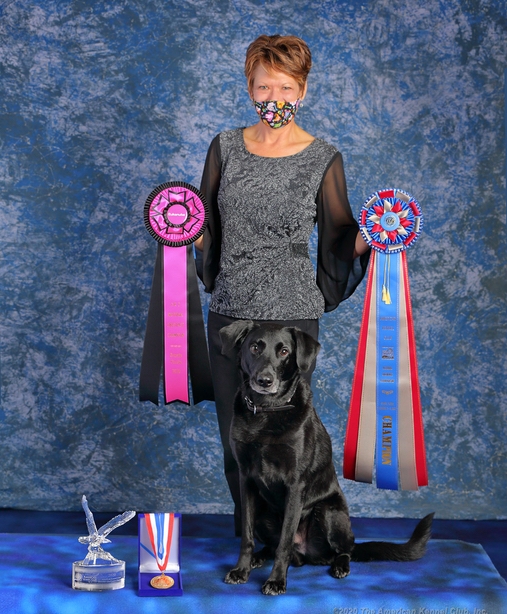 Congratulations to Petra and Zeal on winning the 2020 National Obedience Championship!! 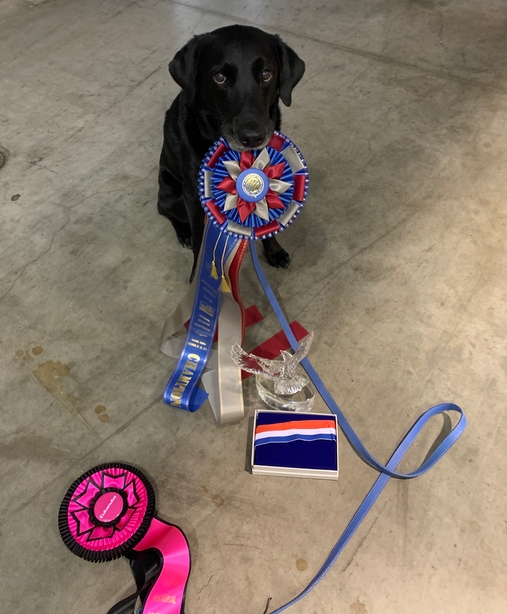