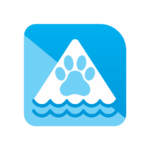 Mac came to us after an FHO surgery to repair an injury incurred after being hit by a car.

When he started therapy at Aqua Paws, he was putting his leg down, but non-weight bearing on it. His muscles had atrophied and his core was weak. Over the course of his rehab, Mac received massage and manual therapy, laser therapy, aqua therapy and therapeutic exercises.  His legs are getting stronger and he is building muscle on his rear legs. His core has gotten much stronger and all around is doing so much better!

He is back to running in the yard and going up and down the stairs. Now he can do what he loves, chasing after his young human siblings! 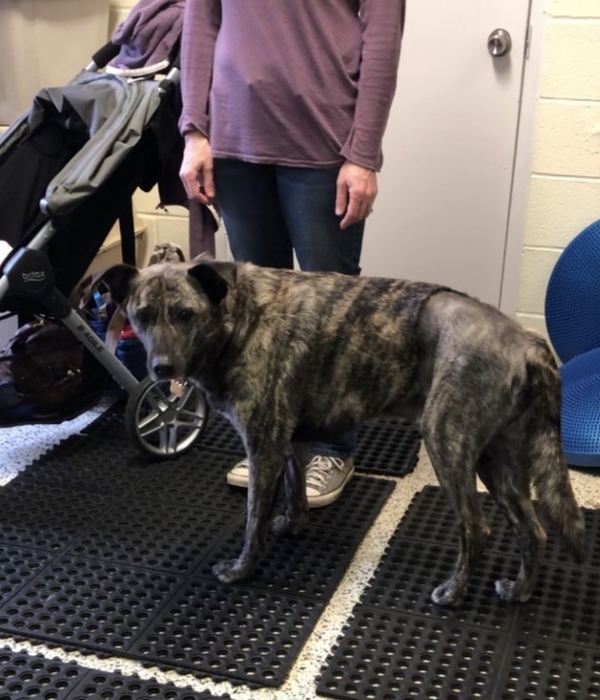 When Zeus first came to us, he was brought in by his foster mom. He was called Scooter at the time because he was born with significant front leg deformities that caused him to “scoot” to move around.

Zeus underwent surgery to correct both legs…and it worked!!   He was able to stand and then learned to walk.  Zeus was adopted shortly after the surgeries and renamed because he deserved a strong, heroic name.

Zeus was always happy go lucky and a pleasure to work with.  Now he comes to us every week for his massage therapy, laser therapy, aqua therapy and exercises. He has made such excellent progress since the first time we saw him. After surgery, he had to wear hobbles to help stabilize his legs as they were sticking way out to the sides. Now he only wears them half the time and when he isn’t wearing them, his legs have been staying underneath him!  He is getting stronger and stronger every week and returning to his life as a wild and crazy puppy.